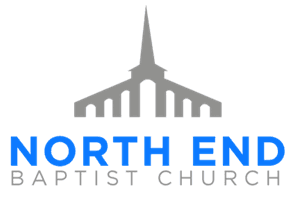 A brief article in the local paper described the first meeting of the church:

The North End Baptist Church was organized for the people of Pinecrest Addition in that end of town Sunday afternoon at a tent revival on the corner of Wilson and Steelton Streets. Approximately 25 members make up the charter list, according to Rev. Earl Slaughter, of Nome, who is conducting a revival in the tent and who is instrumental in organizing the new church.

Services are being held twice daily by Rev. Slaughter and the Sunday night meeting was attended by more than 150, it is reported.